I now have a tarball for the framework that is able to install and setup BIRCH properly, so far as I can tell.

A video of the process can be viewed here

Issues stem from the fact that we are using windows JVM, but must run everything else through cygwin

How to trick windows into working

Note: it would be helpful if all the birch environment variables had "BIRCH" in them.


I have also created a wrapper "java.py" which i put in /usr/bin, so that it is recognized BEFORE the windows java. This way it can convert unix to dos paths and then invoke the windows java. (note to self: todo: modify java.py to use cmd /c start java as a prefix)

The modifications that I made to runCommand and calls to WindowsCompat won't affect how birchconfig works in windows. Simply put, if the platform isn't windows the default/original behavior is used. My changes will only take effect if the platform is set to windows. 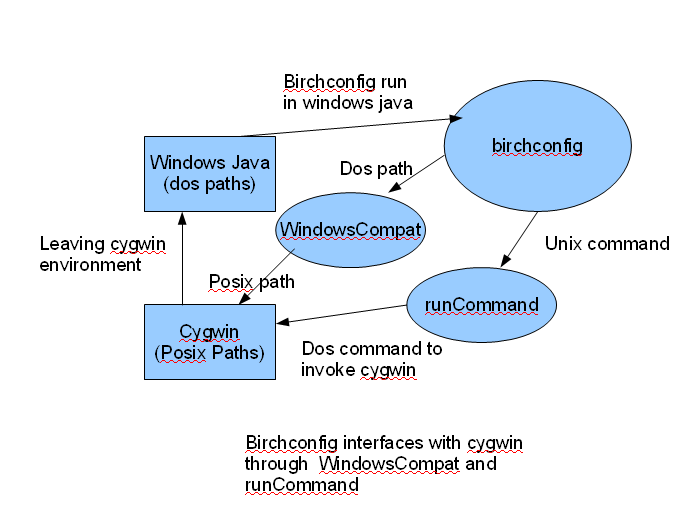 Luckily, biolegato is able to open files without needing to use the WindowsCompat class that I created.

There are however implications for how biolegato will run programs:

For some reason there is an issue with the file permissions, this needs to be fixed. (revert unmodified files back to base revision)